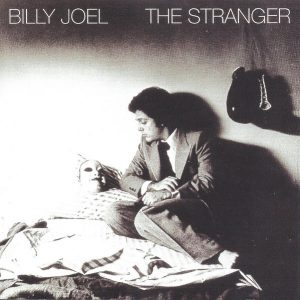 Every time I hear Billy Joel’s “The Stranger”, I am reminded of my 8th grade English teacher at Valley Middle School. Ms. Liz Moynihan was new to Valley for the 1977-78 school year, replacing Peggy Chirhart. She was young, fun, and best of all, had a love for pop music.

One day, she brought her own personal copy of Billy Joel’s “The Stranger” to class. This was back when teachers were actually allowed to do such things. Ms. Moynihan told us a bit about Billy Joel and the concept of this album. Then, she put it on the turntable and let us hear his genius at work. This was the spring of 1978. “Just the Way You Are” was moving quickly up the Billboard Hot 100, eventually peaking at #3.

“Movin’ Out” was the first song. Good stuff. But it was the second, title track that really got my attention. That plus “Scenes from an Italian Restauant” motivated me to spend about $6 of my hard-earned money on the album. To this day, I always think of “Ms. M” whenever I hear the opening whistling of “The Stranger.” Thanks so much for introducing me to Billy Joel’s music beyond his hit singles!

2 thoughts on “Billy Joel The Stranger Thank You Ms. Moynihan”