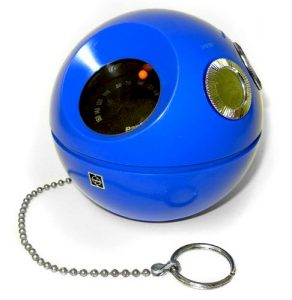 I have one disappointment with this year’s Minnesota State Fair, and it’s a big one: the lack of live talent at most of the radio booths. Used to be, stations would go all out to showcase their airstaff at the Fair. They would broadcast live all day, every day and interact with the audience. They would compete to see who could draw the largest crowds. They gave away T-shirts, albums, and other prizes to their listeners.

Now, it’s mostly unpaid interns and part-time staffers at the booths. Their job is to sell overpriced T-shirts and register people for drawings, the main purpose of which is so that telemarketers can call you. The “air talent” is just a computer back at the studio, playing automated voice tracks.

I’m like “Really? You want me to pay $15 or $20 for the privilege of being a walking billboard for your radio station?” Sorry, I don’t think so.

As someone who has always loved radio, it’s sickening to see this. When we were kids, you couldn’t get near the booths! I’d muscle my way towards the front to see the DJ do his thing. If the door opened and some shirts or albums were tossed out, that was the ultimate thrill!